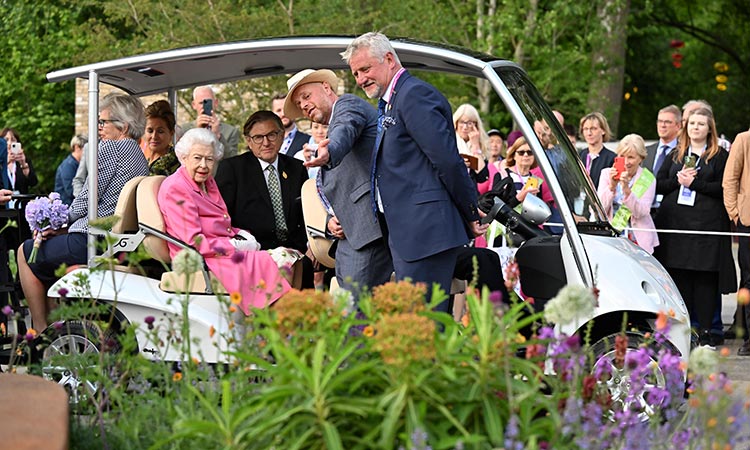 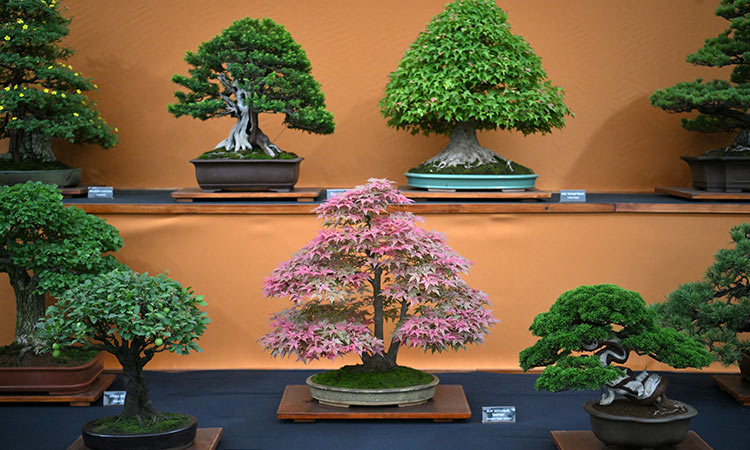 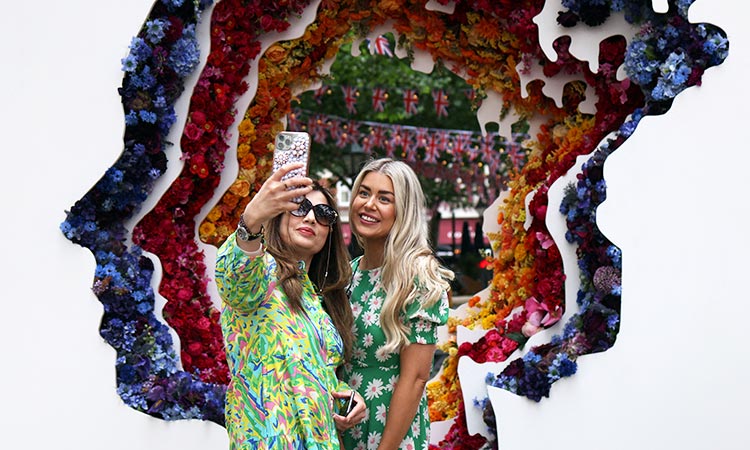 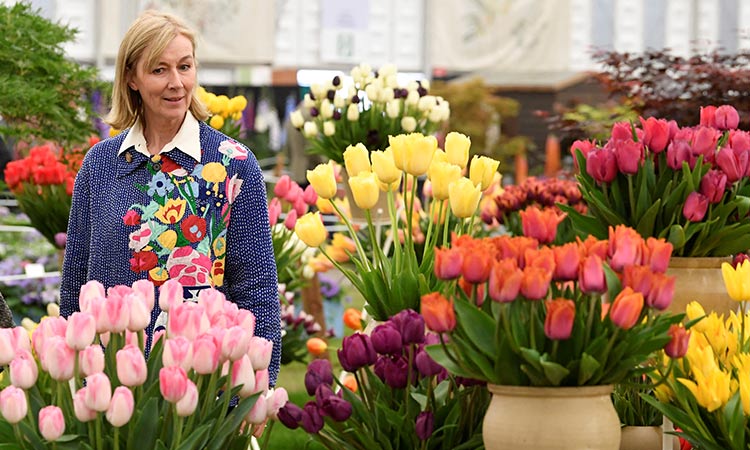 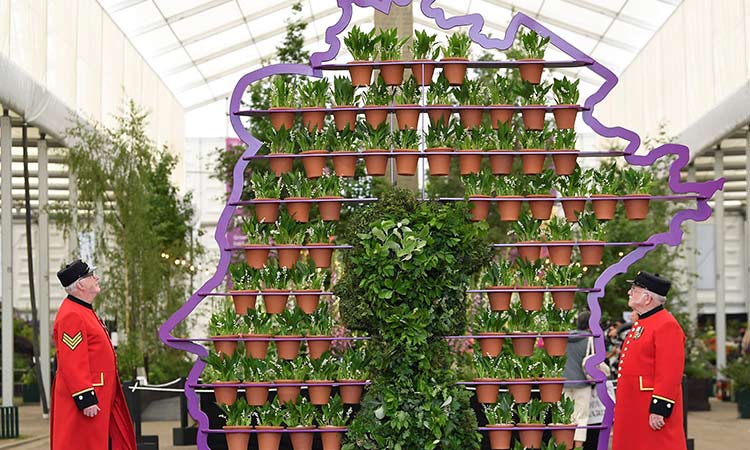 Queen Elizabeth II put in an appearance at the prestigious Chelsea Flower Show on Monday, as it returned to its traditional May slot after the hiatus of the coronavirus pandemic.

The 96-year-old monarch, who has cut back on her public appearances due to difficulties walking, was seen for the first time using a chauffeur-driven buggy to get around. She toured the manicured grounds of the Royal Hospital Chelsea — a retirement home for army veterans — with Keith Weed, the president of organisers: the Royal Horticultural Society. Some 140,000 people are expected to attend the west London show from Tuesday until Sunday, with several creations designed to pay tribute to her record-breaking 70 years on the throne.

One is a new rose, “Rosa Elizabeth,” which is in line for a prize, while another is a huge purple steel structure of her profile, with foliage, 70 pots of her favourite flower lily of the valley and rosemary. The future of the planet, a return to more natural gardens and well-being are recurring themes at this year’s exhibition, which has been organised by the RHS for more than 100 years. One of the 39 spectacular gardens created for the occasion is a huge 15-tonne block of ice made from rainwater, surrounded by trees and plants. It will melt slowly over the next few days.

Japanese bonsai trees are on display.

“We’re remembering the melting and thawing of the permafrost within the Arctic regions,” its creator John Warland told AFP. But he said there is still a positive message despite the “doom and gloom” of climate change. “Ten years ago, scientists went down into the ice and they found seeds... that were 32,000 years old that were actually viable and that they were able to germinate,” he added.

“So although climate change is bad, possibly locked deep within the ice could be the secret and key to the onward survival of mankind.” Another garden that stands out has a rustic hut surrounded by wild flowers and a small stream blocked by a beaver dam. “Beaver wetlands are absolutely incredible,” said Sara King, head of the rewilding network at Rewilding Britain. “To bring a slice of that here... for people to experience and hear the soundscape is really incredible.”

There are no beavers in Tayshan Hayden-Smith’s garden but a strong message.  Hayden-Smith, 25, grew up near the Grenfell Tower block, where 70 people were killed in June 2017, in Britain’s worst residential fire since World War II. The high-rise — still standing and shrouded in tarpaulin — is just 10 minutes from the Chelsea Flower Show. Hayden-Smith was a young footballer in Austria at the time. He returned to London immediately and started gardening.

People take a selfie in front of a floral display depicting The Queen. Reuters

“It was my response to the fire that taught me and showed me and exhibited the healing and unifying powers of nature,” he said. “This is exactly what I’m here to express, how gardens can tell a story, how it can bring people together but also how it can heal and how it can unify.”

He rejected stereotypes of gardening being a pursuit for older white people. “It’s not a luxury. It’s not a hobby. This is something that saves lives,” he added. Hayden-Smith describes himself as an “activist” rather than a garden designer. “My mission is not to design gardens necessarily on my own. My mission is to create more access to nature and to make gardening more inclusive.”

Hayden-Smith’s “Hands Off Mangrove” garden is intended as a tribute to the Mangrove Nine — a group of black British activists tried for inciting a riot in 1970. The nine were acquitted after a 55-day trial which saw the first judicial acknowledgement of racially motivated behaviour in the police. Another exhibitor busting stereotypes is restaurant manager Jason Williams, 35, who became depressed and isolated when stuck at home during the Covid lockdown.

One day he bought a small marigold and gradually began transforming his 18th floor balcony into a garden by trial and error. He now has more than 100 plants and nearly 250 inside his flat. Gardening has helped his mental health, giving him a sense of routine, he said.

Caring for his plants has made him realise he needs to “nurture” his own mental health too, “to bounce back, just like I expect my plants to do”.

“My hope is that I can get more people to start gardening and hopefully they will begin to feel the benefits of gardening themselves.” Early next month Britain will honour the queen’s Platinum Jubilee with four days of pageantry and celebration. Buckingham Palace has previously said she intends to attend a number of different events.

Last week she made a surprise appearance at the opening ceremony for a new rail line in London and the week before attended a horse show in the grounds of her Windsor Castle. Earlier in May she missed her annual address to parliament, with the palace citing episodic mobility issues. Until recently, she had not been seen often in public following a night in hospital last October for an unspecified illness.