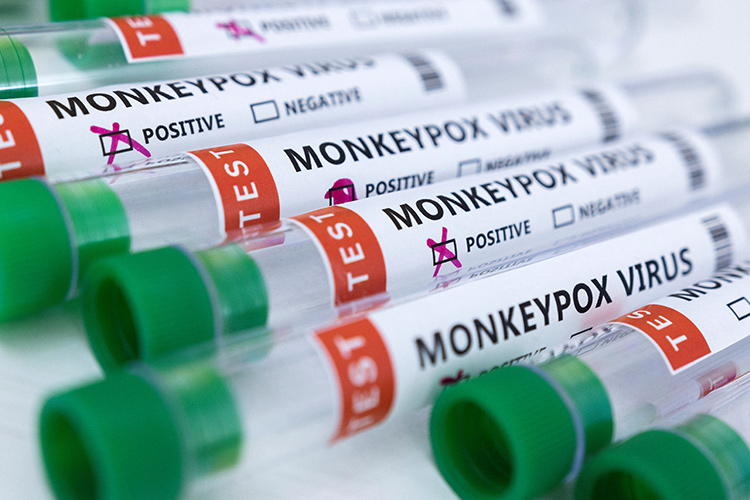 Scientists have found a potential antiviral treatment for monkeypox, though they said the disease remains a far less significant risk than Covid.

New research into past outbreaks of monkeypox in the UK identified a patient who had shortened symptoms after being treated with one of two antivirals designed for smallpox.

The study published in The Lancet Infectious Diseases looked at seven patients treated for the virus between 2018 and 2020.

It comes as the new monkeypox outbreak grew to 71 confirmed in Britain and 85 cases across eight countries in Europe.

How to prevent monkeypox and things you must to know

Researchers said their study only covered a small sample group and said further investigations around the antiviral treatments were needed.

According to the findings, monkeypox was found within throat and blood samples of the patients. Five of the patients studied spent more than three weeks in isolation – up to 39 days – as they received prolonged positive PCR test results.

However the authors said this does not necessarily point towards airborne infection on a similar level to Covid. The tests used were PCR test which also do not detected infectivity.

“In our cases, it’s been with very close contact in households with children and parents having direct contact with each other rather than the necessary at a distance,” Dr David Porter, on of the authors of the report said.

There are currently no licensed treatements for monkeypox in humans. The only available drugs, identified in the study, were Brincidofovir and Tecovirimat, which have been approved in the USA for the treatment of smallpox in preparation for a potential bioterrorism.

Three of the patients looked at were treated with the antiviral brincidofovir, which was not found to be effective, and one patient treated with Tecovirimat for two weeks who shorter illness duration. One patient experienced a mild relapse 6 weeks after hospital discharge.